Máj proved to be a successful giant pop-up incubator 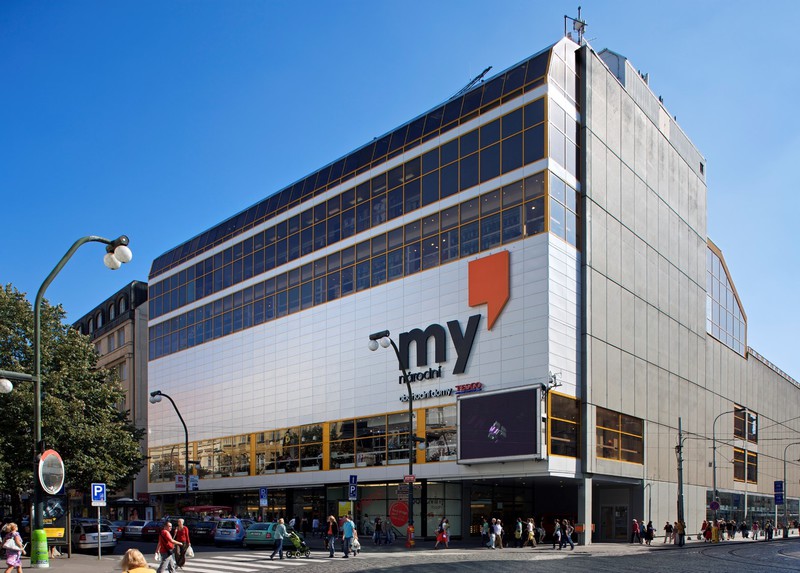 Until the end of 2021, OD May will function as a pop-up. The premises are almost fully leased, and the department store offers over 20 brands. The landlord was amazed by the interest in the project.

It’s already more than a year since the department store Máj transformed its premises to the new pop-up store concept. The aim is to bridge the period until the beginning of the reconstruction of the entire building, which is set to begin in the second half of 2021 or first half of 2022. Cushman & Wakefield, who were appointed as a property manager of the building by the landlord Amádeus Real and initiated the idea of transformation the department store into a pop-up space. What is the occupancy, how does the space work today and what will it look like in the future?

The historically well-known department store is visited by 70,000 people every day and offers 9,500 m2 of space for rent. Currently, about 7,000 m2 is leased, namely the ground floor, the 1st floor, part of the second floor and then the entire 4th floor. Tesco remained as a tenant of the underground floor with their supermarket concept. Altogether, there are more than 20 tenants in Máj, offering everything from clothing, cosmetics and sports to event space. “We expect even more tenants in the fall, and especially before Christmas,” says Peter Hakun, Associate Consultant at Cushman & Wakefield real estate consulting firm.

Máj gives companies the opportunity to try something new within the pop-up concept. For some tenants, this is the very first stone shop or a completely different format. Some retailers want to test the location here before committing to long-term leases. “The great advantage of Máj was that we offered the premises without the need for large investments by the tenant, we even lent furniture for some tenants,” describes Petr Hakun.

For example, the Sportisimo chain tested their outlet store here, which they evaluated as a great success, the s.Oliver clothing brand tested a pop-up concept and for the Czech cosmetics brand Smyssly it was the first stone store. Tenants usually have one-year contracts, some of them even shorter. They are now extending them to the first quarter of next year. “We were very surprised by the great interest in the project. I admit that in the beginning we assumed that we would rent the ground floor and one floor, but then we rented and opened half of the 2nd floor, as well as the entire 4th floor, with a terrace and a view of Národní Street, “adds Hakun.

According to Hakun, the coronavirus crisis did not have a significant effect on the occupancy of the department store. “Most of the tenants passed this stress test well in principle, and we are extending the contracts for another period,” he says. Máj reopened on May 11, with footfall lower than usual. Although foreign tourists are still missing here, as well as people working in nearby offices, the number of visitors has been growing again in recent weeks.

Cushman & Wakefield offers rental space once again. An acquisition campaign was launched last June in connection with the opening, which they now plan to repeat. Although they already had most of the space occupied last year when the campaign was running, thanks to long-term tenants such as Rossmann, Douglas, Sportisimo and Pompo, the campaign also brought new brands. “We also wanted to let smaller and starting brands know about this opportunity, and we actually gained a few such brands because of that,” explains Peter Hakun of the reasons for this year’s campaign.

The current concept is based on short-term leases, however, in recent months the final proposals for the reconstruction of the department store are being fine-tuned in detail. The reconstruction should start in 2021 or 2022. Máj will be transformed into a multifunctional building, where the upper floors will be dedicated to offices and the lower floors, including the basement, will be available for retail. Negotiations are already underway with potential tenants and the first preliminary contracts are being concluded. It is not yet certain whether there will still be any space for pop-up stores in the department store after the reconstruction.