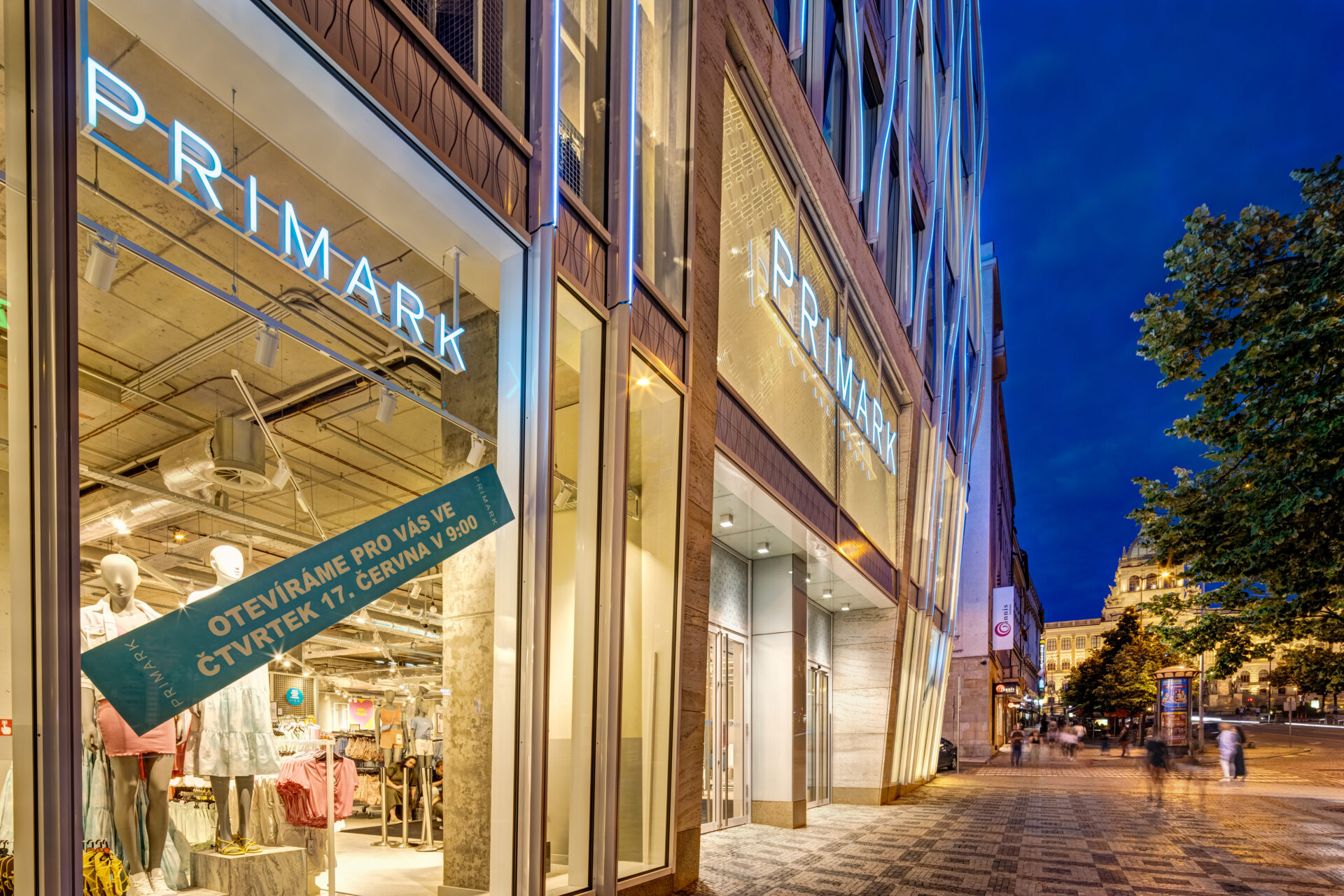 The Czech retail market and physical retail segment remain attractive for retail brands, as the arrival of 38 new international brands last year confirms: this is the highest number in the last three years. This means a 52% year-on-year increase over the 25 new brands arriving in 2020.

Jan Kotrbáček, Partner & Head of CEE Retail Agency team, Cushman & Wakefield: “Physical shopping remains an important part of the retail environment despite all the problems and changes that the coronavirus crisis has brought. Czechia is still the key market for the entry of international brands into the Central and Eastern European region – the local purchasing power has been consistently high, and retailers’ long-term plans count on international visitors returning in similar numbers as before, since they are an important part of the customer base in the Czech Republic – in particular in Prague and other tourist regions.”

The fashion segment – clothes, accessories, and shoes – accounts for approximately 40 per cent of the retail market, which is also why it accounts for most new arrivals on the Czech market. A total of 18 fashion brands across all segments came to the country last year: in the luxury segment, Versace opened in Pařížská Street; premium brands include German Anson’s in the Westfield Chodov shopping centre and Manuel Ritz in the Myslbek shopping gallery (both focusing on men’s fashion); Falconeri, Italian purveyors of cashmere goods opened in Westfield Chodov, Hungarian Sugarbird in the Černá Růže passage, and German Hiltl in the Premium Outlet Prague Airport. Polish Halfprice multibrand outlet opened its first shop selling discounted premium goods in Galerie Harfa. Primark, Modivo, Heavy Tools, Dedoles and others are targeting the mass market.

Jan Kotrbáček, Partner & Head of CEE Retail Agency team, Cushman & Wakefield: “The June opening of Primark’s first and largest high-street shop in Central and Eastern Europe in Prague’s Wenceslas Square was the most significant new brand arrival in the family fashion and accessory segment on the local market – and not just for last year but in the past ten or even fifteen years: the latest arrival of similar stature was the opening of H&M’s shop in 2003, and prior to that, the arrival of brands such as Zara, C&A, Marks & Spencer and New Yorker. Primark plans to launch its second shop on the Czech market in Brno this year. The brand will also tap the Slovak market with a shop slated for opening along with the extension of the Eurovea mixed-use scheme in Bratislava.”

Jan Kotrbáček, Partner & Head of CEE Retail Agency team, Cushman & Wakefield: “The strategy where brick-and-mortar stores are combined with e-shops is currently key for retailers. The pandemic has shown us that e-shops are not a threat to physical retail – in fact, they complement it perfectly. At the same time, the online channel is not quite capable of surviving alone without physical stores. Brands such as eObuv.cz and Modivo are the perfect example, with their ‘phygital stores’ combining the online and offline shopping experience, effectively strengthening the brand. The number of retail concepts combining online shopping with physical shops will definitely grow, and the approach will become a must for brands to keep up with the competitive environment. Experiential retail will become another increasingly vital concept, combining the virtual and the physical worlds using technologies such as virtual reality (VR) and augmented reality (AR).”

The leisure and food segment has been severely hit by the anti-pandemic measures over the past two years and will need more time to recover. Despite that, new concepts are entering the market: for example, Slovak Cinemax opened in the Olympia in Olomouc. We are seeing a boom among fitness concepts – German Clever Fit opened in the Kotva department store, British OneGym in the Parkview office building in Prague’s Pankrác quarter, and we expect more brands in this segment to arrive this year. Leopark, Polish children park operator brings entertainment for children in Centrum Černý Most, and Majaland, the largest indoor entertainment park in the Czech Republic operated by Belgian Plopsa, opened at the Premium Outlet Prague Airport.

As was the case in the past, fashion brands accounted for the majority of the newcomers (12 clothes retailers, five accessories and shoe retailers, and one sports clothes retailer), followed by food concepts (seven brands). The household equipment and electronics segment has also grown because people spent more time at home during the coronavirus crisis. New market arrivals in this segment include Swedish Asko electrical appliances, Russian textiles retailer Cozy Home, Polish Klimas Wkręt-met hardware stores, American Sonos premium audio equipment, and YellowKorner, an art shop from France.

The greatest number of brands and concepts came to the country from Poland (7), followed by Germany (4), Italy (4), and the UK (3). Most brands opened their first shops in Prague (32), with others in Brno and Karlovy Vary.

The highest number of shops (22) opened in shopping centres, with the most popular destinations for new brand arrivals being Westfield Chodov (6) and Nový Smíchov (4). Eleven brands opened in high street locations in cities, two in office schemes, two in outlets, and one in a retail park.

Jan Kotrbáček, Partner & Head of CEE Retail Agency team, Cushman & Wakefield: “The high number of new brand arrivals does not translate into an increase of the total retail area. The existing occupiers still tend to reassess and optimise their retail networks, which may lead to reducing the number of shops while focusing on more dominant and higher-quality premises. Quantity is being replaced by quality.”

Table 1: Brands newly arriving in the Czech Republic in 2021

Note: Some of the brands that arrived on the Czech market in 2021 had operated there previously, making their re-entries last year. The brands that returned to the market this way last year include e.g. Versace, Aldo, Sugardbird, El Gaucho, YellowKorner, Ben & Jerry’s and Happymum.

In addition to the aforementioned 38 newly arriving brands, we noted an increase in the number of pop-up stores last year. The concept allows a brand to open a shop for a shorter period of time, and many such shops are already prepared, requiring no major investments in fit-out. The concept is good for filling in until the space is taken up by an occupier who will stay permanently, sign an agreement for a longer period and invest in the premises. As a result of the coronavirus crisis, during which many retailers optimised their chains, there is now more of such space available than ever before. For new brands, a pop-up store is an opportunity to test the market and customers’ response to their products while providing a powerful marketing boost for the products and the brand itself.

In the preceding years, pop-up stores proved successful for brands such as Vasky, Salamander and IKEA. Outlet centres are among the most popular locations where retailers can test their shops.

Jan Kotrbáček, Partner & Head of CEE Retail Agency team, Cushman & Wakefield: “Physical shops can still offer customers a shopping experience, contact with the product and brand, and professional service and advice that the online channel cannot provide to such an extent. This makes various pop-up concepts attractive for brands that have no previous experience with the location or have operated online only, and their popularity will grow. Many temporary stores eventually turn into permanent branch offices or shops.”