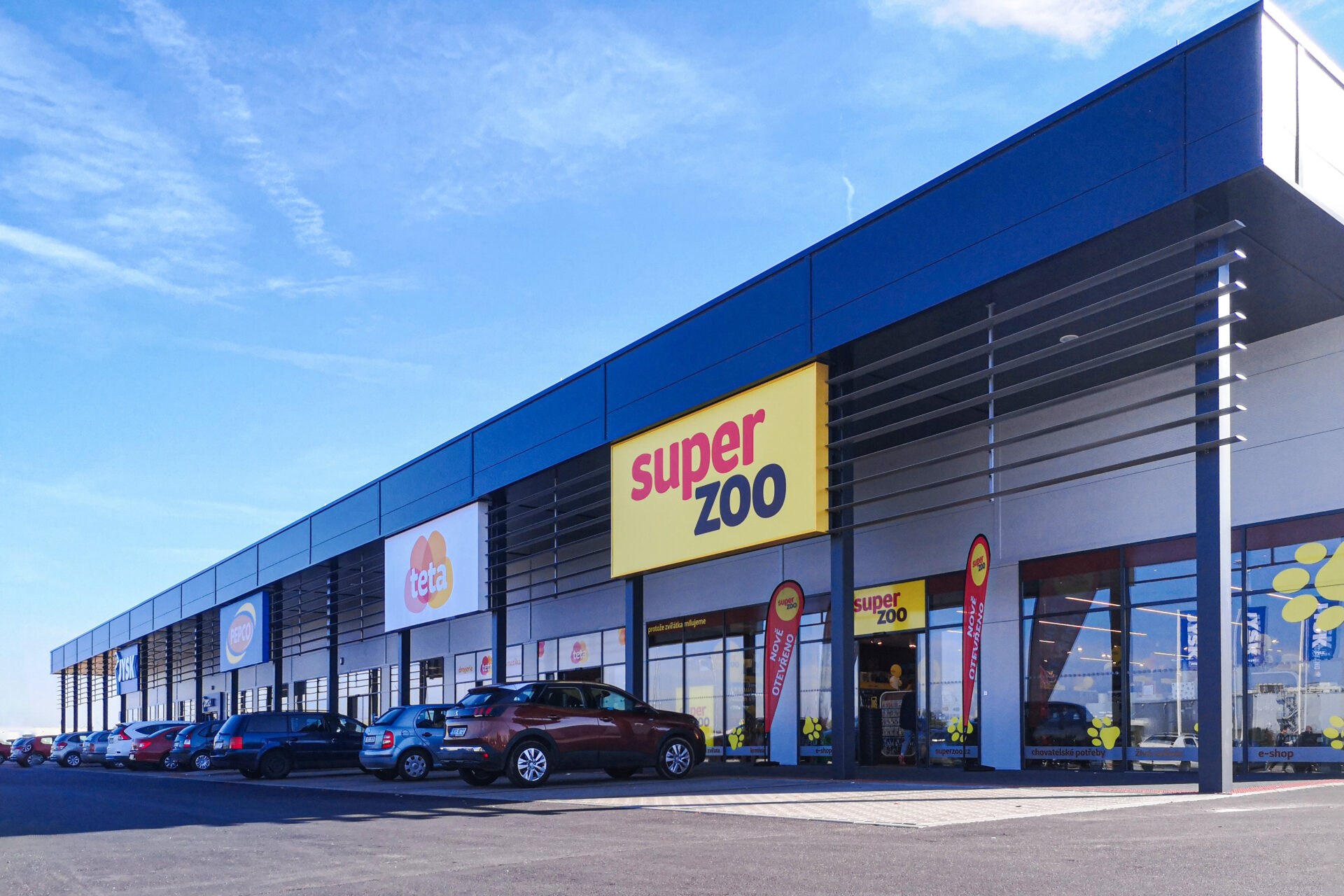 A total of 23 retail park projects with a total area of almost 55,000 square metres were completed in the Czech Republic last year, with the volume of development exceeding a ten-year average. In effect, the aggregate area of all retail parks in the Czech Republic has exceeded one million square metres. Retail park development currently focuses on smaller towns with up to 40,000 inhabitants; the greatest volume of new development was in the Central Bohemian Region last year. Given their focus on essential goods shops and with entrances directly from car parks, retail parks are resilient and fare well despite the coronavirus crisis, enjoying interest among both developers and investors. The findings come from an analysis by Cushman & Wakefield, the only real estate consultancy on the Czech market having an expert team specialised in retail parks.

The term ‘retail park’ denotes a retail scheme on the outskirts of the town, usually combined with a food chain store, which offers at least three essential goods shops with separate entrances and a shared car park. During the course of 2020, 23 schemes such as this with a total retail area of almost 55,000 square metres[1] were newly built or expanded. Out of those, 14 (more than three-quarters at 77 per cent) were newly built projects. Expansions of existing schemes accounted for 19 per cent, and supermarkets and hypermarkets rebuilt into retail parks accounted for four per cent. As a result, there are currently more than 250 retail parks in the Czech Republic overall.

Since the last construction boom in 2009 when some 80,000 square metres of retail parks were completed, the annual average of completed space was 42,000 sq m, which makes last year above average.

Martin Kubín, Associate and Head of Retail Warehousing and Land Transactions in the industrial team at Cushman & Wakefield: “Compared with preceding years, 2020 can be rated as very strong in terms of the volume of new development. Retail parks are currently an attractive concept for developers and investors. Last year, they outperformed classic shopping centres in terms of the volume of development.”

Shopping on the way home from work

With 7,500 square metres (excluding the area of the supermarket), Kolín Ovčáry is the largest retail park opened last year. Most retail parks – more than a quarter of the total area developed last year – were built in the Central Bohemian Region.

Martin Kubín, Associate and Head of Retail Warehousing and Land Transactions in the industrial team at Cushman & Wakefield: “One of the reasons is the people who commute to the capital city for work, whether from new residential areas around Prague or from more distant parts of the Central Bohemian Region. The local citizens who work in Prague represent major purchasing power – their income is higher and they drive to work. They buy essential goods from shops that are easily accessible by car on their way home from work – whether close to their residence or on leaving Prague. That fosters the growth of new retail parks within the city’s broader surroundings, such as in Unhošť and Vestec.”

Table 1: Retail parks completed in the Czech Republic in 2020 – structured by region

Unhošť and Vestec are actually quite exceptional among the locations where retail parks were built last year because of their size measured in the number of citizens. Both municipalities have fewer than 5,000 inhabitants, which is usually not sufficient purchasing power to support a retail park. The schemes were developed there primarily for the great number of citizens of more or less distant communities who drive through Unhošť and Vestec every day on their way to and from work. Last year, retail parks were typically built in municipalities of the next category with 5,000 to 12,500 citizens, most often in district towns with 25,000 to 40,000 citizens.

Martin Kubín, Associate and Head of Retail Warehousing and Land Transactions in the industrial team at Cushman & Wakefield: “Almost two-thirds of retail parks were built in smaller towns and municipalities of up to 40,000 inhabitants last year. Fewer retail parks were built in larger towns and cities: that market is saturated due to the development in previous years, and their citizens can also use larger standard shopping centres and high street shops.”

Table 2: Retail parks completed in the Czech Republic in 2020 – municipality categories by number of citizens

Retail parks prosper despite the crisis

Compared with shops in high streets and shopping centres, retail parks have several advantages that allow them to thrive even during the coronavirus crisis when other retail concepts suffer mostly as a result of having to repeatedly close under government regulations. With a focus on essential goods stores (food, chemists, pharmacies, household equipment and pet shops), a relatively large percentage of retail parks remains open without restrictions.

Martin Kubín, Associate and Head of Retail Warehousing and Land Transactions in the industrial team at Cushman & Wakefield: “The architectural design of retail parks currently appears to work to their advantage. With separate premises and a dedicated entrance to each shop, there are no closed common areas, passages and so on, and while the car park is shared, it is not roofed. In effect, customers are not so much concerned about crowds of people and virus spreading.

Of course, retailers have noted the popularity of retail parks and their benefits in situations such as this. Even those that to date have operated primarily within standard shopping centres currently often consider locating their shops in retail parks when planning expansion or relocation.

Martin Kubín, Associate and Head of Retail Warehousing and Land Transactions in the industrial team at Cushman & Wakefield: “For tenants, retail parks usually mean lower rents as well as savings on other costs – such as common areas that are not there. Conversely, tenants in shopping centres can benefit from other advantages such as a multitude of impulse buyers attracted by other retail and leisure concepts, whereas retail parks are oriented primarily on targeted shopping. Each type of retail scheme has its pros and cons; at any rate, retail parks in the Czech Republic are and will remain popular among customers, retailers, investors and developers.”

[1] Retail park area does not include the area of supermarkets or hypermarkets where they are part of the schemes.